A racing game for fans of the BTCC.

A game seen by many as the greatest Touring Car game around in the Playstation era, this game focuses on the British Touring Car Championship.

Featuring many new additions at the time, the game includes:

Championship mode - meet challenges in the sprint and endurance race (normally 6 laps but you must make 1 pit stop). For the first time this also allowed players to have multiplayer championship races making it a more tactical affair for whether you pit now or let your team mate stop first and then go in the next lap.

Single Race - race on conditions set by you.

Multiplayer - Split screen racing with your friends around great tracks featuring the real cars used in the BTCC. Also a co-operative championship mode where 2 players could take part in the same championship as team mates.

Drivers like Plato, Tarquini, and many other famous names from the BTCC feature in this. Also, the game has other cars for single race events like the formula 3000 cars and other secret unlocks.

This game is a predecessor of the Race Driver and GRID series by Codemasters. 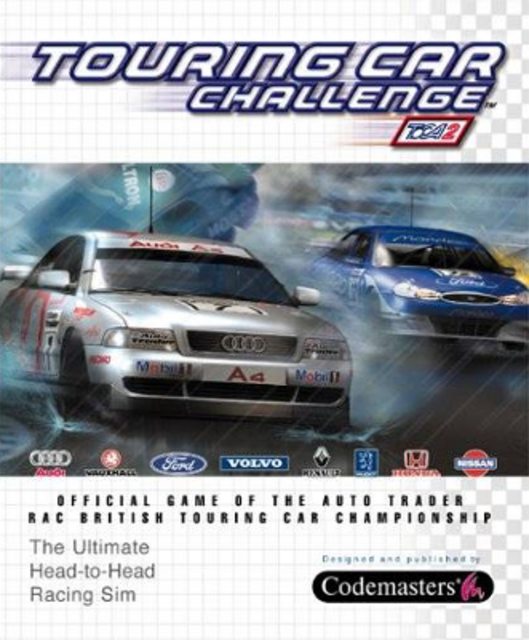