Hacha-Mecha Fighter (also known as Hacha Mecha Fighter) is a comedic side-scrolling shoot-'em-up developed and released by NMK for arcades in 1991.

An animal-themed "cute-'em-up", Hacha-Mecha Fighter has players piloting a plane as either otter Kawauso or pig Tsuchibuta (both of which are too large for their planes) as they shoot down other cute animals with barrages of sea creatures (Kawauso) or vegetables (Tsuchibuta).

Similar to the Gradius series, the game uses an Option system where players can acquire companion units to follow them around (which are smaller otter/pig companions in small planes firing the same weapons). Rather than genre-staple Bombs, the game uses a "Big" system that allows the player's character to temporarily grow in size (gaining temporary invincibility).

It was later digitally released for the PlayStation 4 and Nintendo Switch, both as part of HAMSTER's Arcade Archives series, on June 3, 2021. 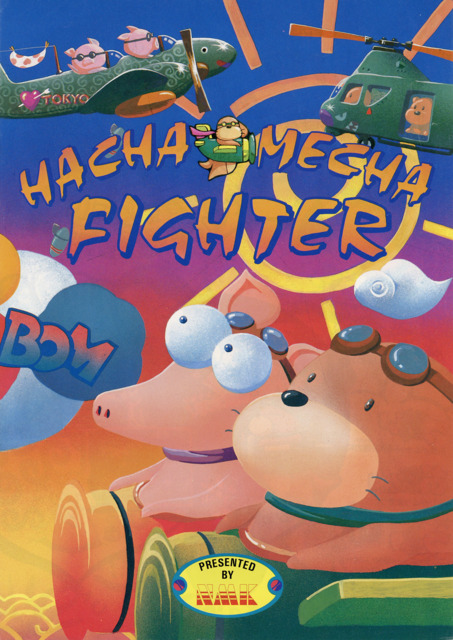