SWAT 4 is a first-person tactical shooter that puts the player in command of a Special Weapons and Tactics team. The campaign consists of 13 deployments that range from simple warrant service to hostage situations involving heavily-armed terrorists, and it is the player's duty to minimize casualties on all sides.

SWAT 4 is as close to a simulation based around being as real a swat officer as you can get. The game is extremely realistic, mostly in that the amount of damage you can take before dying. It might only take 1 to 2 shots to take you down, and if you get hit in the legs at the beginning of the map, you’re going to move slower than molasses through the rest of the level, making you want to restart just so you don’t move so slowly. The game also encourages use of non lethal force,

Unlike the first two Swat games, this game follows the more traditional first person shooter style of Gameplay, much like the third. As stated above, the game focuses more on capturing and subduing criminals rather than taking them out. Before you can obtain permission to shoot them, you have to call out to them to freeze and put their weapons down. However, if they decide to shoot at you, regardless of the situation, you are given permission to use deadly force without losing any end level points. To help you out with this, you are given the option to take strictly non harmful weaponry, such as a paintball gun that shoots pepper balls that act as a form of tear gas, causing the victim to hack and cough and cover their face, distracting them and practically forcing them into submission. If this still doesn’t work, you can have a stun gun as your secondary weapon in order to incapacitate the victim. No matter how you take them down you are then supposed to cuff them, secure any of their weapons, and report it back to the commander.

You are given 4 teammates to aid you through the game; these teammates are divided up into two different teams, alpha (red) and bravo (blue). You can tell each team to do something different at the same time and open up a Picture in Picture window to view what a team is doing from the camera on the head of your teammates. These guys will be doing most of the grunt work for you, mainly breaching and clearing. After you tell them to stack up on a door they can then throw whatever grenade type weapons they have into the room and cause all the enemies to be stunned temporarily. These can range from a simple flash bang to something as odd as a canister that explodes with multiple little rubber balls flying everywhere and ricocheting off walls in order to stun enemies. You can also carry breach charges in case there are locked doors, as well as snake cameras to check underneath doors and around corners.

Before each level a briefing is given to you by your commander, sometimes optional audio recordings of a 911 call are given. An overall in detail briefing of the situation, suspects, eye witness reports, weapons and armor being used by enemies, a layout of the building and suggested weapon load out can be read to you while you are looking at your weapons or the building layout. Some missions have multiple entrance areas to start from, each offering their own difficulty. Sniper support is also given on certain levels; however, the view is always static and usually only covers one window. Snipers will report when they view suspects through windows, so it's handy to know where they are looking. Any kill by a sniper is not deducted from your end level points, so it helps out a lot.

The position of AI opponents in each level is randomized, this prevents people from learning the layout and then performing a precise series of moves to finish it with ease. There are trends in enemy layouts and position of explosives, but you can't be sure that enemies will or won't be in certain locations - once again promoting the use of caution. The AI is also less predictable, you won't know if they will surrender under orders, stunning them will usually make them give up their weapons. Likewise Civilians can prove nuisances when they don't surrender under direct order, an additional reason, such as a face full of pepper spray, is needed.

There are four multiplayer modes available in SWAT 4:

Players are divided into two teams, SWAT and Suspects. Teams gain points for killing or arresting members of the opposite team. One point is rewarded for a kill, five points for an arrest which is the more challenging option. The team with the highest score at the end of the round wins.

One player on the SWAT team is designated as the VIP. SWAT must escort the VIP to an extraction point while fighting off the suspects. The suspects must eliminate the SWAT escorting the VIP. They must hold the VIP hostage for two minutes and then execute him to win the round. If the VIP dies before the two minutes, SWAT wins.

The level has three to five bombs at varying locations throughout the map. SWAT must disarm all of the bombs to win the round. The suspects must ensure that at least one bomb detonates successfully.

The game allows up to four players to join together and play through the single player missions against the computer controlled suspects. 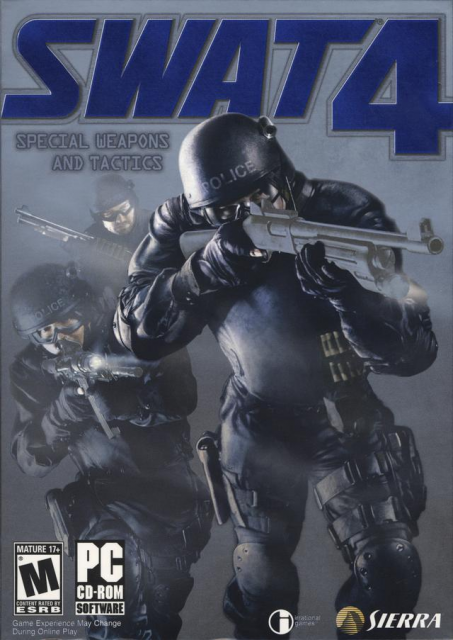