A mix between 3D exploration and visual novel, Burden of Proof follows the story of Conrad Cross as he uncovers the mystery behind a series of crimes.

Conrad Cross has been studying to become a prosecutor in an effort to bring justice to a city that is rampant with crime. However, when an incident during a trial leaves his mentor hospitalized, Conrad is forced to face the challenges of the courtroom alone. As he tackles more and more cases, he begins to realize the connections between these recent crimes, and discovers a plot to drive the country into ruin. Along the way, he meets various characters that help him in uncovering the truth, such as a wacky detective, a cyborg prosecutor, and a research investor who can't help but show off his latest gadgets. After taking on a student of his own, Cross' journey lands him in the middle of a conspiracy between a government organization and the judicial system, where he faces extremist groups, sentient computers, and old friends turned foes. The truth he searches for lurks dangerously close to those he trusts, and his own morality becomes the biggest threat to the justice he once sought.

The game has two modes: Investigation Mode and Novel Mode, and it freely switches between the two when the player is prompted to explore the scene. The story is linear, with minor branching paths, which means once an investigation is complete, the trial will begin and the story will continue.

Conrad must investigate the crime scenes by walking around in a 3D space and interacting with witnesses, points of interest, and other investigators. During an investigation, the player must gather evidence, which is added to an inventory, and develop an understanding of each situation in preparation for the trial.

Conrad is tasked with either defending his client if he is a defense attorney or proving the guilt of the defendant if he is a prosecutor, depending on how far into the story the player is. During a trial, the Conrad is prompted to answer contextual questions about the case using evidence that the player collected in the previous investigation. There are also cross-examinations, where the player must scroll through a witness' statements to find the contradiction and present the evidence that proves the inconsistency. If Conrad answers a question incorrectly, he receives a penalty. If too many penalties are received, the game is over and the player must reload a save file. 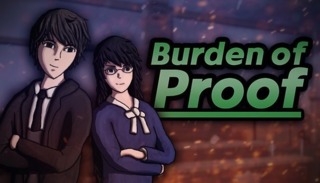