A reimaging of Snatcher in the form of a "super deformed" RPG, exclusively released on the MSX2 platform in 1990.

Produced by Hideo Kojima, SD Snatcher is a non-canonical reimaging of Snatcher in the form of a "super deformed" turn based RPG, released by Konami exclusively on the MSX2 platform. While many portions of the original storyline remain, it contains a large number of additions, including a new final act that altered the outcome of the game. This final act would later be incorporated into future releases of the title, though with significant differences.

The game notably came with an add on sound cartridge (officially known as the SCC II, sometimes referred to as the SCC or SD Snatcher SCC) for enhanced musical quality. This cartridge was backwards compatible with the previously released sound cartridge (SCC), with the difference being that channels 4 and 5 were separated in the new revision; they had previously shared the same waveform.

The game is a turn based RPG. Enemies are viewable on the "overworld" portion and can sometimes be avoided if the player is careful. Movement between overworld maps is faciliated through a taxi-like service that is called via videophones located at various points on each map. At each phone, the player also has the ability to save the same and return at a later time.

During combat, gameplay switches to a first person point of view similar to Dragon Warrior. A grid forms the background and the player uses a targeting reticule (with its size governed by the area of effectiveness of the equipped weapon) to target the enemy. Enemies have destructable body parts and can have their weapons, mobility, or sight disabled in any order prior to destruction. This is possibly the first time a limb-targeting system was used, anticipating the Risk system of Vagrant Story, the VATS system of Fallout 3, and the combat system of Last Rebellion.

SD Snatcher has long enjoyed critical acclaim from MSX sites around the world since the mid-90s and on MSX bulletin boards and newsgroups prior to that. It consistently is ranked among the greatest MSX games ever released; in 2004 it was ranked "Best MSX Game Ever" after a poll of the userbase of MSX.org (link) and subsequently in 2008, Konami was voted as the best RPG developer (link).

Despite its widespread critical acclaim across the globe, players have critisized the at times excessively combat heavy final portion of the game as being its weak point. Additionally, some users have found the combat, while intially exciting and fresh, to grow slow as the game moves on. With the advent of MSX2 emulation, such players are typically encouraged to set a key to "unthrottle" the emulation speed during combat segments in order to speed them up.

While it was never officially released outside of Japan, Manuel Pazos and translation group Oasis (Marcel Kok and Dennis Lardenoye) developed localized patches (in Spanish and English, respectively) that introduced the game to a larger, non-Japanese speaking audience. 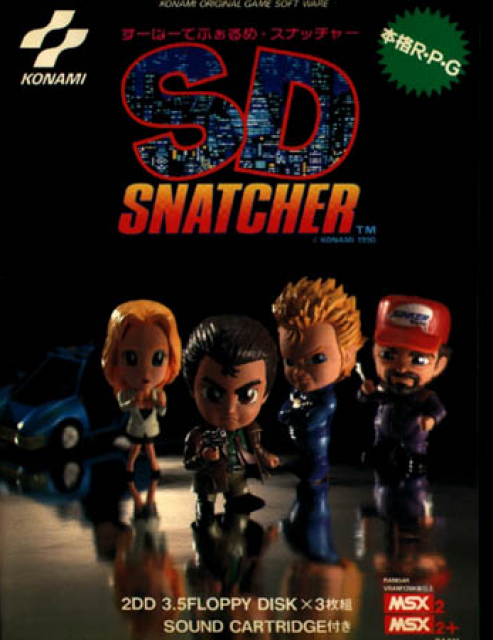