Regeria Hope is an episodic Phoenix Wright style visual novel in which you, as Regeria, try to get to the bottom of the cases put before you. It strays from other similar games by offering player decisions that affect the outcome of the story and even causing a ripple effect into subsequent episodes.

Regeria Hope is a whimsical courtroom visual novel in the style of Phoenix Wright with original characters and cases. You play as Regeria, a female lawyer who can use her powers of logic and reason to prove her clients innocent.

It’s not all that straightforward though. Sometimes, you may find compelling reasons for throwing a case, forsaking the very defendant you are sworn to protect. These decisions will affect the outcome of the case and will have a ripple effect on later episodes of the series.

Episode 1 is currently available for free. Episodes 2-5 are being funded via Kickstarter.

Although in this far-flung future, society has progressed to the point where race, gender, and sexual orientation hardly play a factor, the legal system has regressed, becoming a twisted shadow of its former self.

Despite Big Brother's pervasive surveillance and attempts to control the populace, crime still exists. Almost every crime is on camera, but those cameras miss important details. This has led to the police relying on whatever the state provides as evidence rather than doing any real police work. Criminals find a way around the state’s security and are skilled at making it look like someone else committed their crimes. Dirty cops have become the most skilled criminals since their access to the state's systems allows them to manipulate the evidence with ease.

An innocent defendant’s only hope is that the government appoints them a good lawyer who will do the footwork to find out what really happened and present the evidence in court. Without that, a guilty verdict is almost assured.

If a gangster boss came into your office and offered you an outrageous sum of money to make sure your newest client takes the fall for a crime he himself committed, would you do it?

Maybe the offer is too good to refuse. After all, even your client is just some gangster. Everyone would be better off if he were convicted. You might decide to…

Sure, you see an innocent man hang, but you have more money to spend on cases protecting defendants you think are worth fighting for. As an added bonus, the gang won’t be trying to exact their revenge on you for the rest of your days.

Maybe you can’t quite stomach that outcome. Instead, you might…

You make sure your defendant is found not guilty, and the search for truth continues. Problem is, you now have less money to spend on future cases and you will have gang members out to kill you if you bump into them. Other character’s reactions to you will change based on your choice as well. 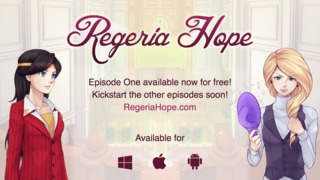