Before the Echo is a rhythm game which has a Dance Dance Revolution-style combat system where you flip between three fields, attack, defense and mana regeneration. Iridium Studios' Jason Wishnov created much of the game on his own, contracting out some pieces, like the soundtrack. Before the Echo was originally released as Sequence however Iridium Studios was forced to change the game's name due to a legal claim made by Jax Ltd. in March of 2015.

Ky (the player) wakes up in a mysterious tower without knowing what happened to him. In the moment he realized that someone or somewhat stole his wallet, a female voice (Naia) starts talking to him via intercom. She explains him that his life is in danger and that he needs to climb the seven floors of the tower in order to survive and be free again. After some chit-chat and a tutorial section, she leads you to a "safe room".

The Saferooms are the main menu when playing the campaign. Like in a hub, they give the player a couple of menu choices to chose from.

The battle screen consists out of 3 panels, a hp and mana indicator and the much needed spellwheel. The panels are separated by color and use:

The game plays like a typical rhythm game except that is has a strategic twist to it. Each panel has 4 arrows (left, up, down, right) that are used to play the notes that are dropping from top to bottom. (imagine rock band or guitar hero) Both on PC and Xbox, it's best played with a gamepad where you can use the d-pad and the face buttons. Both the enemy and the player have a numeric value that is used as an health indicator. The goal is to drain the enemies hp and win the battle. To attack, you use your spellwheel. It's a circle pad on the bottom of the screen that's controlled with either one of the analog sticks. (you can compare it to the mass effect dialog interface. press the stick in one direction and confirm with LB or RB) In your spellset menu, you can pick up to 5 spells that you can assign to the wheel, each with specific mana costs. Buffs, damage spells (can crit), defense spells, heals and so on. After casting one of these spells (the only way to attack) the player has to hit the dropping arrows in the green attack panel. If he hits them all, the spell will be casted. If he misses one, the spell will not work and the used mana is lost. The player can then switch to the mana panel to regenerate mana. To do so, he must hit some of the arrows that keep falling down. Each arrow he hits will regenerate 3 mana points. There is no penalty for NOT hitting an arrow in the mana panel. The enemy is attacking through the red panel. Each arrow that's dropping down in the red panel and that is not hit by the player will cost him some of his health. The damage ranges from 1 hp (gray arrow) up to 10 hp (red arrow). In order to block those attacks, the player needs to hit the arrows or defend himself with a spell from the spellwheel.

At the beginning of each floor, the player gets a given amount of recipes. These recipes are then used to "synthesize" (craft) various items. The list includes weapons, armor, spells, keys and inhibitors. Each recipe consists out of 2 to 3 raw materials that are dropped after defeating an enemy. All of the enemies can drop a total of 3 items at the same time with an individual percent chance on these drops. The drops include raw materials, experience bonuses or even weapons or armor.

The item is crafted by "synthesizing" the recipe. In the synth menu, the player is presented a curve and rate that indicate if the synth attemp will be successful or not. When synthisizing, the base chance for success is 50%. To synth with this chance will cost the player a fixed amount of xp which he can lower ( less xp costs) or increase (costs more xp) by changing the chance for success. for example: 50% chance = 50xp. 90% chance = 120xp. 20% chance = 20xp. Note: the paid xp is lost when the synth attemp was not successful.

There are 2 special, recurring recipes that the player is given at each floor:

There are a total of 27 songs in the game. 12 of them are used as battle soundtrack and the rest for menues and dialogue sequences. 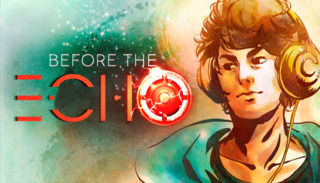