A new arcade racer from the developers at Candella Software.
Xbox 360 PlayStation 3

The crassly-named Cargasm is a new racer in development at Candella Software that they say is  the return of the “classic arcade racer”. It'll include tracks from many real-world locations including San Francisco, London, Yosemite National Park, Egypt, Switzerland and Mount Kilmanjaro. Its London tracks are claimed (by the developer) to be the best seen in a video game, with down-to-the-inch replication.

The game will have both single-player and online racers. Players will be able to collect girls with the Cargasm Harem. They'll be able to unlock new races, cars, trophies and earn ecstasy points.

Cargasm has not yet been dated.
Midnight Club: Los Angeles Split/Second 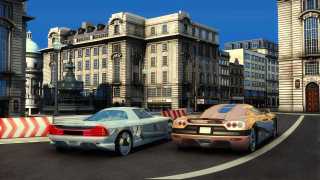