Also known as Wetrix 2, Aqua Aqua is a puzzle game for the PlayStation 2 released in 2001 by Zed Two and SCi Games. The mechanics of the game are fairly simple. Pieces fall from the sky in various configurations and will effect a three dimensional plain below. Uppers will raise terrain while downers lower it. Your goal is to not allow water which also falls from the sky to flow off of the board by building your own water basins.  You can get rid of the water by evaporating it with fire balls. Issues arise when the earthquake meter grows and randomizes the terrain, often causing the water you have collected in pools to flow off of the board. Additionally, bombs can drop from the sky, forcing craters or even holes to appear in the ground below. 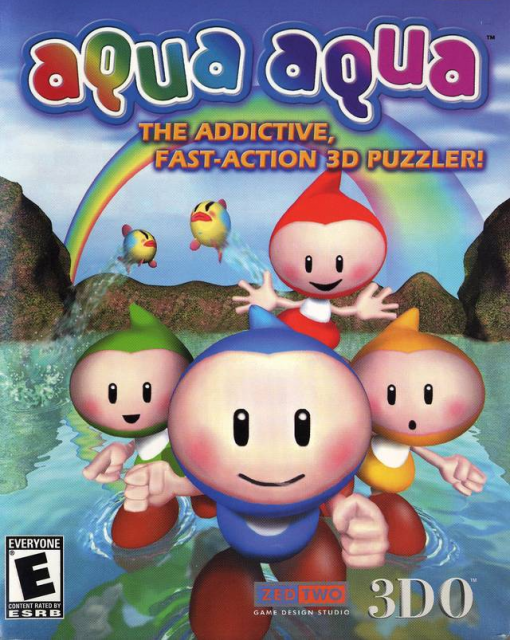