Grey's Anatomy is an Ubisoft game available on the Nintendo DS, Wii, and PC. It is based on the ABC television series of the same name.

Grey's Anatomy: The Video Game introduces a new story that follows an outbreak of diphteria in the hospital. The game also has several sub-plots that follow the cast of characters, one of which surrounds the relationship of Dr. Meredith Grey and Dr. Derek Shepherd, much like in the television show. Characters from the fourth season of the show appear in the game.

Gameplay revolves around small mini-games to complete challenges and make choices and surgeries, which are performed on the touch screen using the stylus. 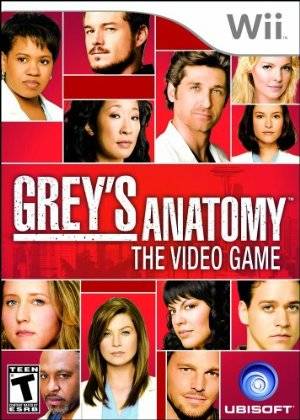