This arcade racer for the NES features eight courses from across the world and exciting 3-D action. It was one of the earliest racing games for the NES.

Rad Racer is an arcade-style racing game released for the Famicom and localized for the NES. In Japan, it is known as Highway Star, named for the Deep Purple song.

The game was one of the few Square developed games to be released in the United States before Final Fantasy. It is notable for being one of the first NES games to make use of a pseudo 3D perspective. Square also developed another NES game that utilized 3D that was released around the same time as Rad Racer named 3-D Worldrunner. Rad Racer saw a 1990 sequel that was exclusive to North America: Rad Racer II. 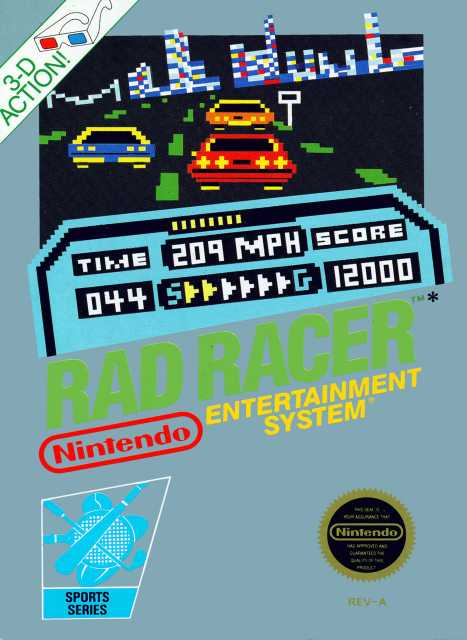