Developed at GarageGames, Inc. Legions is a Tribes-like shooter for InstantAction.com, currently being developed by the community.

Previously in live development on InstantAction, Fallen Empire: Legions is a fast paced, futuristic first-person and third-person shooter. Legions is considered the spiritual successor to the Tribes series made by Dynamix. Several people from Dynamix created GarageGames in 2000, the original developer of Legions. The game formerly ran in a browser and had the same party system that other InstantAction games included.

On November 11, 2010, InstantAction was shut down along with all the games it hosted, including Legions. Before this, a dedicated group of community members had been working on a stand-alone client, and released the game in open beta on December 20, 2010. The game, now named Legions: Overdrive, can be found at LegionsOverdrive.com.

Legions differentiates itself from other FPS/TPS multiplayer games by capitalizing on fast-paced vertical maneuvering, referred to by the developers as "z-axis FPS." Each player has a gravity-defying device strapped to their backs which allow them to not only jet up, but also hover over the ground, allowing them to slide down hills to accumulate speed, known to players as "skiing." Players are encouraged to use movement and momentum to their advantage for the 2 types of gameplay:

In capture the flag, flag carriers—dubbed cappers—use what are called "routes," predetermined take the enemy flag at extremely high speeds and specific angles which allow them to quickly return to their base. Defense is not required to be taken out, simply confused and outran.

Specific players of the opposing team—dubbed chasers—will leave the base in attempts to catch the capper, gun him down, and return the flag. A single defenseman, often a sentinel called "heavy on flag" or "HoF," will stay at the base to prevent enemy build-up.

The home-flag needs to be in the base in order to capture the enemy flag, which can lead to stalemate games if the cappers continuously out-run their opponents, a frowned-upon style of gameplay called "rabbiting."

Including Free-For-All and Teams, efficient jetpack usage is necessary for proper dueling. Weapons such as rockets and grenades are often ground/splash-based, and so dodging can be achieved by clever maneuvering, potentially allowing you to outlive your opponent. Aim is considered an important after-thought.

There are 6 different classes in the game. Each with a different combination of the four weapons: Chaingun, rocket launcher, grenade launcher, and laser rifle.

The only class with 3 weapons. A gunner has a chaingun, rocket launcher and grenade launcher.

One of the few classes with a laser rifle, the sniper also has a grenade launcher.

Light class with only two weapons, the rocket launcher and the chaingun.

Using a chaingun with a tighter spread of fire and slower overheating, a chaingun specialist is a good close combat class. They also have a rocket launcher for ranged combat.

With the ability to detonate their rockets, the rocket launcher specialist is a deadly class. Their secondary weapon is a chaingun.

Their grenades have a cluster bomb ability making the grenade launcher specialist a formidable foe. Their secondary weapon is also a chaingun.

The other class with a laser rifle, their rifle charges faster and has a longer range. They have a chaingun for short range combat.

A grassy map with open plains and tight halls inside the buildings.

Similar to the other maps, this map has a desert setting. 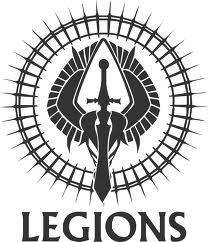 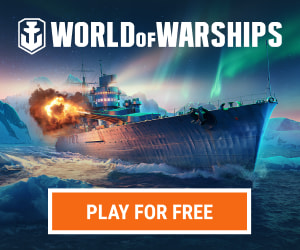