Friday the 13th puts players in the shoes of one of six counselors at Camp Crystal Lake and tasks them with using any weapon they can find to save the children hiding in cabins spread out across the camp grounds from Jason's murderous rampage.

Friday the 13th is a 1989 NES title based on the slasher film franchise of the same name. The game is an early open-world survival horror title developed by Pack-In-Video and published by LJN. The basic premise puts the player in the role of a camp counselor that must protect children at Camp Crystal Lake from the undead Jason Voorhees.

At the start of the game, the player must select one of six camp counselors to play as and explore the grounds of Camp Crystal Lake. A beeping sound indicates that Jason is closing in on a victim inside one of the cabins scattered around the grounds, and the player has only a limited amount of time to make it to the location before he kills his intended target. When the player encounters Jason in one of the cabins, a duel with Jason begins. If the player wins, Jason will be defeated, only to reappear elsewhere. The player may also encounter Jason while outdoors and be forced to fight him there, as well. The disembodied head of Pamela Voorhees, Jason's mother, may be encountered in the woods and also inside of a cave. Each time the player defeats her will earn the player bonus items, a machete, her sweater, and a pitchfork. Additionally, zombies and other enemies scattered around the camp will serve to antagonize the player as they make their way from cabin to cabin.

If the player can survive for three full days and nights, Jason can be defeated a final time to win the game. However, each time the player dies, they permanently lose their selected counselor and must select another of the six. If all six counselors are killed by Jason, the game ends. 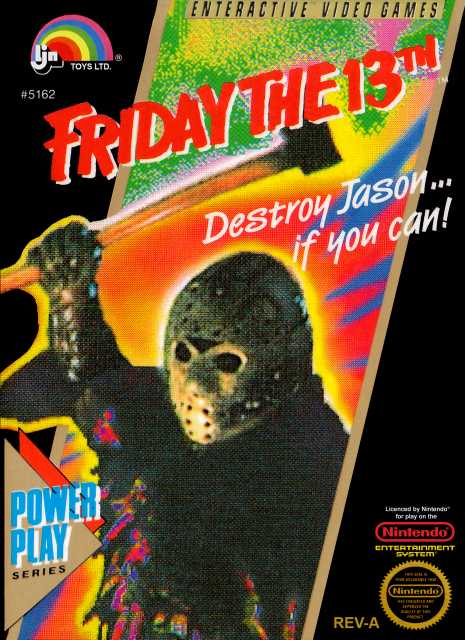