Tornado incorporates a unique gameplay mechanic that has players transforming into tornadoes so that they may collect stolen items from Earth and return them to their proper locations.
Nintendo DS

Tornado is an action game on the DS that begins as Toki and his group of friends, the Cosmic Cleaners, are sucked into a black hole, only to awaken in what (at first) looks to be a duplicate of Earth. After some investigation, the Cosmic Cleaners realize that both they and Earth have been the victim of the evil Prince's "Black Hole Device," which has sucked up everything from Earth and transferred it to outer space.

Using the Cosmic Cleaners' ability to transform into tornadoes, players make their way around this "transferred" version of Earth to countries like Great Britain, Iraq, Japan, and South Korea (among others), collecting anything and everything in their path, which is then transported back to Earth and restored to its proper location.

Tornado plays much like Katamari Damacy, in that your current character (in tornado form) can only suck up items smaller than his or her funnel. However, instead of using a meter or inch based measurement system to determine the size of items available to pick up, the game instead incorporates a series of levels, from one to five, with five being the largest tornado possible in the game. The level-five tornado must be reached in order to pick up most major buildings, such as skyscrapers, along with many of the game's recognizable landmarks, like the pyramids in Egypt or the various hotels on the Las Vegas Strip. Without these larger structures, the "environment cleared" percentage that must be met before moving on to the next level is often impossible to reach, given that each level is also timed.

To add more challenge to the game, each tornado's size can also decrease, as players deplete energy by collecting larger structures. This requires players to spin the stylus on the touch screen (in a motion that understandably resembles a tornado) in order to accumulate more energy, and therefore resume the item collection process.

As players make their way around a particular environment, a grid-map is available on the top screen that displays a very rudimentary representation of each country, along with the player's location and clear status. As players collect every item in a certain squared area, said area on the map is turned red, allowing players to prioritize their path throughout each level, and not carelessly travel through the same areas twice. This is also helpful in that many levels contain items that must be located (in the early levels - missing members of the Cosmic Cleaners, and in later levels - parts of a broken spaceship), and by systematically turning squares on the map red, finding said items becomes a bit easier to accomplish.
Katamari Damacy Prey the Stars de Blob Elements of Destruction American McGee's Grimm Beautiful Katamari We Love Katamari Me & My Katamari Tasty Planet The Wonderful End of the World i Love Katamari Katamari Forever Tornado Outbreak 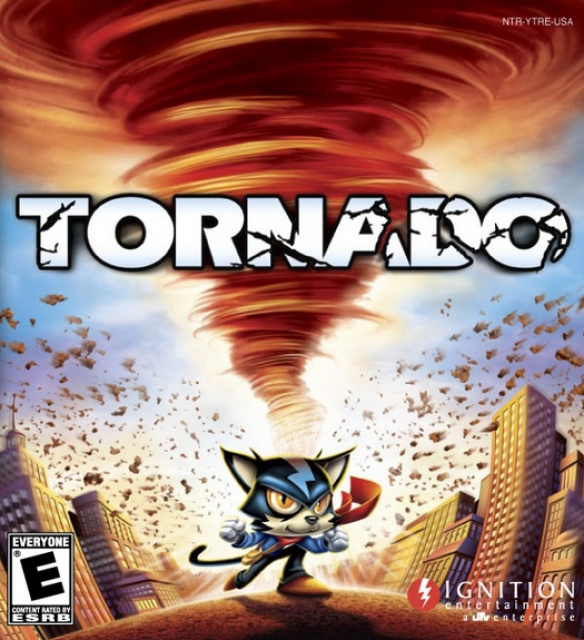