GRID is a franchise "reboot" of the TOCA Race Driver series, originally called Race Driver One. GRID uses an engine modified upon DiRT's Neon engine; called the EGO engine. It takes a more arcade-style approach to the series along with plenty other new features/changes.
Xbox 360 PlayStation 3 Nintendo DS

GRID is spiritual successor to the TOCA Race Driver series, and in this rendition Codemasters focused in developing a game solely on racing. Cutting out anything extra-curricular to motorsports, GRID is based on speed and the racing experience. The cars, hand picked and kept to a minimum are built for high performance and real world tracks in the game were kept to the obscure tracks which usually aren't featured in most other real world racing games.

The GRID racing experience is fast and loose, the controls are forgiving, allowing the driver to take a corner at much higher speeds than usual. Drivers are able to race in three different regions, Japan, United States and Europe.

Drift competitions consist of sliding through turns in order to rack up points, most turns have a red marker on the apex, the closer you get to the marker, while drifting, without hitting it the more points you get. Creating a chain of drifts will result in more points, as well as multiplying the points you've earned in the process. However, making contact with a barrier or an object on the track will immediately drop any points you have active in drifting.

Drift Battle puts you against 5 other drivers, the goal is to score the most drift points before the race ends in the allotted amount of laps. Track position does not matter in this event, although the higher position you are the greater the point modifier is when completing drifts.

Drift GP faces you off with one other driver, you're alone on the track and you must complete drifts to get a higher score than your opponent. Your scores are rated and compared at the end of a race, and whoever earns the most wins the event.

Freestyle Drift places you in an open grid of streets, allowing the driver to choose his own path while drifting, the driver with the most points at the end of the timed event wins.

Touge events consist of a one on one face off on winding mountain roads, neither car can make contact with each other, if a driver makes contact with the car in the lead a time penalty reflective of how hard the car is hit is given as a conseqence that is factored in at the end of the race.

In the United States drivers race with American horsepower using classic and concept muscle cars on street courses in real world cities such as San Francisco and Washington DC.

Basic events include Pro Muscle events, Touring Car events, as well as Open Wheel racing at courses such as Long Beach. Demolition Derby is also available in the United States region, having no rules the drivers compete in late model stock cars around a course that have hazards such as intersections and jumps increasing the chance of collision.

Drivers compete in professional events and endurance races in Europe, using real world track locations; users have the option to race the 24 Hours of Le Mans in real time, and also may choose racing it in shorter time increments.

Much of the racing structure for European races uses the Le Mans class system, breaking the field up into four separate classes. Le Mans Prototype 1 and 2 as well as the Gran Turismo 1 and 2. The goal of each race is not to finish first overall in the field but first in the class you're competing it. Prototype classes consist of cars with higher horsepower and faster speed while Gran Turismo classes feature lower horsepower cars such as Corvettes and Porches.

In Grid World you are an upstart in a new racing team, you start out your career taking driver offers from other teams, raising money to start your own garage. After raising the proper amount of funding you will be able to race on your own team.

Each event you compete in, you will gain more money, reputation and sponsors. Sponsors can be applied to your car to increase your profits by fulfilling incentives during the races. Higher paying sponsors will require more of you, if these goals are not met in the race, you will fail to be compensated.

Race event selection is based on a tiered system, the player has a choice between which races they wish to compete on in each of the three regions, the more reputation points you earn from completeing events higher tiers are unlocked. After a given amount of events each racing season will end, and you will be offered to race in the 24 hours of Le Mans. The player has a choice between driving for another team, or if they have a car thats eligible for the race, they may enter on their own ticket.

At the end of every racing season your team is ranked on reputation and prize money each season. As you progress through the game you are able to hire a teammate, the teammate may have a signing fee and will take a percentage of your winnings, but will also benefit the team by fulfilling sponsorship incentives as well. The better money you earn will allow you to purchase new vehicles as well as hire better drivers as your career progresses.

The game also features name recognition e.g. names like Dave, Matt or Dean will occasionally be called out by your manager or pit chief who will tell you the condition of your vehicle after taking damage or what position you are in.

GRID features online multiplayer, the servers being based off of a voting system, the participating drivers may vote on which region they wish to race in, as well as which event in that region. The most popular option is choosen for the race event.

Official leaderboards are availiable online where players may compare their best times to other players around the world.

A new feature found in GRID is the ability for the player to rewind to an earlier point in the race. Convenient after a crash or a mistake the player may rewind the race a few seconds in order to find a spot where they can re-do and correct the mistake. Players are given a set amount of these flash backs that is determined by the difficulty and modes that you set the race at prior to starting the event.

The GRID "8 Ball" Pack, was released on the Xbox Live Marketplace, and Playstation Network on December 4th, 2008. The download goes for 800 MS Points, and features new achievements, online events, plus eight new cars, including:

GRID for the Nintendo DS was developed Firebrand games and released August 5th, 2008, in the United States. The game is rendered in 3D and features most of the official licenses found in its console counterpart of GRID. The gameplay is split into the three regions found in the console version, Japan, United States and Europe. Most of the tracks from the console version remains in tact as well as new and additional tracks.

Each event usually has 3 medals to be awarded depending on your success in position and/or time on the track. As you win events you will unlock more race locations and track blueprints. Just as in Race Driver Create and Race, GRID has the track editor. The track editor allows the player to design and race on their own courses. They may do this by either entering the garage and selecting that gameplay option, or by entering one of the blueprint events in the career. The blueprint events will have a set amount of rules and requirements in the design. Usually the requirements request specific things, like the amount of 90 degree turns or tunnels on the race track.

Japan has the most drastic of changes, of any region, between the DS and console versions. Featuring multiple new tracks, including the Haneda Airport and Parking garage as well as a new configuration for the Yokohama drift course. Fuji Speedway appears exclusively in the DS version of GRID, available by unlocking it in the single player.

New race modes include Survival and Chase. In these modes you either are placed as the driver who must stay ahead of the chaser for as long as possible, the event ending once the chaser has caught up and passed you. In Chase you must do the same as the previous except catch the other driver in as little time as possible. The time spent in the event will determine if and how many medals you will recieve. 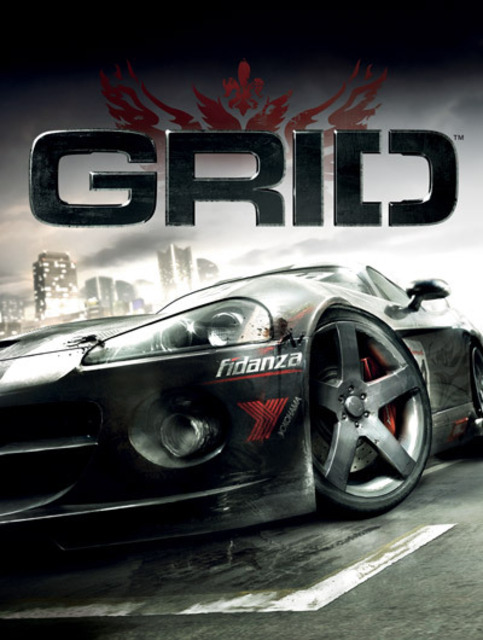