SEGA Rally Revo is an installment in the classic SEGA Rally series created for the PS3/360 generation of consoles, and is the last game from Sega Racing Studio before they were closed due to poor sales. It was released for the PC, Xbox 360, PS3 and PSP in late 2007.
PlayStation Portable Xbox 360 PlayStation 3

SEGA Rally Revo is the latest game in the Sega Rally series. It is an offroad racing game developed by SEGA Racing Studio in Solihull, England, and published by SEGA; the PSP version was developed by Bugbear Entertainment; released on the PC, PS3, Xbox 360 and PSP in late 2007, first in Australia on September 27th and Europe the following day, where it was titled simply Sega Rally. Revo is short for revolution, as Sega Racing Studio had hoped the game would alter the way players and developers thought about rally games. Sega Racing Studios has since been closed and bought out by Codemasters, today's most prolific and respected publisher of rally racing games. This is a return to earlier beginnings however as a number of SRS's employees had originally come from Codemasters.

SEGA Rally Revo features over 30 rally vehicles, including newer and classic models, and has six varied locations containing a total of sixteen tracks. As well as local split screen multiplayer, there is a six player online mode.

The gameplay itself is a meld of arcade-style handling and pace with a realistic presentation. One of the game's most unique features is the deformable terrain. Throughout a race, the racing surface will get eaten into and chopped up by the cars, and this has a very tangible effect on the handling. The cars will slide more and will be much harder to control on patches that have been driven over many times, and can end up skidding off-track if not careful.

The vehicle models themselves also get splattered by mud and become dusty in a realistic manner according to the track type, meaning that it can appear lifelike despite the over the top handling. This effect is present in the PSP version as well.

The game was generally praised, with the Gamerankings and Metacritic scores for each version all sitting at roughly 70-80%. Some were more eager than others, and it should be noted it appears to have been received more warmly in Europe than North America, with almost all UK and Europe scores sitting at above 80, whilst mostly North American sites and magazines gave it scores below this mark. 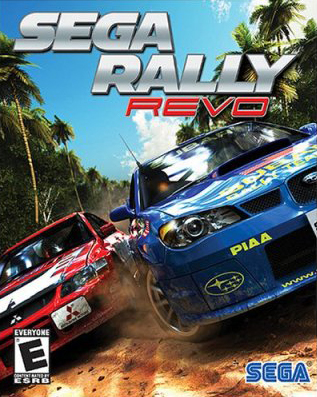