The Battlefield series take you to Vietnam to fight through jungles and urban areas by land, sea or air.

Battlefield Vietnam allows you the player to battle through some of the most famous battles during the Vietnam war. You can use over 20 different vehicles to help you in the fight including land sea and air. Also there are over 30 different weapons at your disposal ranging from mines to light machine guns. There are 4 different classes to choose from, each with 2 different weapon layouts. Like Battlefield 1942 before it this is a multiplayer focused game but with a single player campaign and runs on the ReFractor 1 engine.

There are two main types of themes for the different battlefields.

As well as selecting a class in game the player can choose a different head and body.

A similar to the assault class as in it really only allows the player to select a different type of rifle in each layout.

Battlefield Vietnam allows up to 64 players to battle at one time over 14 different battlefields (extra maps added in a patch). There are a total of three different game modes.

The mode still has the capture points but at the end of the round the scores are saved and depending on which team won another level will load, once a team wins enough to posh the enemy back to the last level and win, this will determine which team is the winner. Only 5 of the levels are playable with this mode. 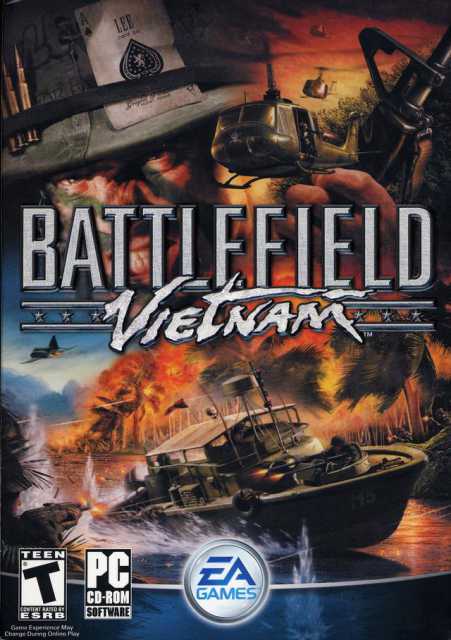