Released in 1989, Sweet Home is quite possibly the first survival horror, or console horror RPG. A small team enters a haunted house to study the deceased owner's frescoes, only to become trapped by the angered spirits within. It inspired Resident Evil, the game that established the survival horror genre. Sweet Home can also be considered an early immersive sim.

Sweet Home is a Japan-only Famicom release that was produced by Capcom and developed as a tie-in for a Japanese horror film of the same name. It is one of the earliest entries in the survival horror genre, if not the very first. The game is also one of the sources of inspiration that would influence the design of the original Resident Evil. Many elements seen in Sweet Home are also present in the latter horror title, including the isolated mansion setting, use of puzzles, and the door animations that Resident Evil used for its loading screens.

Along with being an early survival horror, Sweet Home can also be considered an early immersive sim, as it had a number of core elements of the genre.

Unlike Resident Evil and other modern survivial horror titles, Sweet Home was structured as a horror-themed RPG. The characters in the player's party earn experience from winning turn-based battles and can level up. However, if a character runs out of hit points, they are killed permanently. The game features multiple endings that are dependent on how many party members survive through to the end.

Each of the party members also has a unique skill that they are able to perform. The effects of all of these character-specific skills are required to progress through the game, but in the event that any character is killed, there are items that will allow other characters to use the skill of the fallen party member.

Some of the immersive sim elements of Sweet Home include an open-ended environment, choices and consequences, non-linear game design, open-ended narrative told through notes and diaries, interactive environments, allowed multiple ways to achieve objectives, and no fail states unless all player characters die.

The plot of the game focuses on a team of five people that enter Lady Mamiya's mansion in order to photograph her frescoes for a documentary. However, when they step inside, the doors shut behind them and they become trapped in what they soon learn is a haunted house. The team must then work together to escape before they become victims of the angered spirits within.

The team leader and producer of the documentary. He carries a lighter, an important item which can burn ropes and hurt some enemies.

The team's cameraman. His camera is able to decode hidden messages in the frescoes when a photo of one is taken. The camera can also damage some enemies.

The team's nurse. She can heal team members with her first-aid kit.

A maid. She can use her vacuum to clean dirty frescoes and clear away broken glass.

Emi has no stated occupation within the game, but she has a key which can open locked doors.

The game's primary villain. She went insane following the death of her child and murdered other children to ensure that her child could have playmates in the afterlife.

Lady Mamiya's husband, as well as a famous painter. He left clues scattered around the mansion.

A mysterious old man who helps the team in later sections of the game. 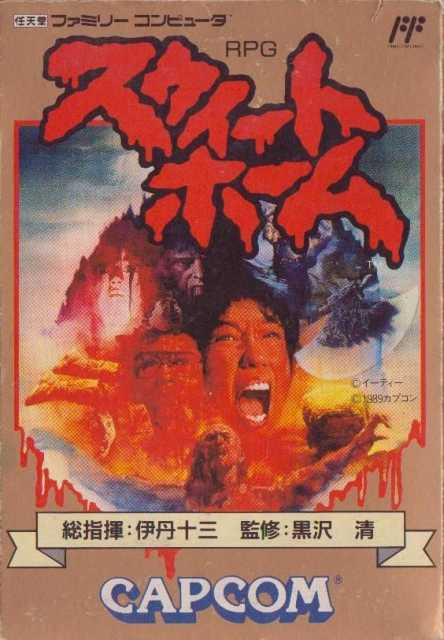