A sprawling platformer for the the Genesis/Mega Drive notable for power-ups that change the player character's abilities and appearance.

Kid Chameleon, released in 1992, was a platformer for the Genesis which is well-known for its difficulty and length. The game contains 103 levels, varying wildly in difficulty and size, although the player is free to choose his own path through the game. The game was re-released as a part of Sonic's Ultimate Genesis Collection (360/PS3).

The story is a throwaway plot, like most platformers at the time. A new game at the arcade can simulate reality; everything is all fine and dandy until one of the bosses, Heady Metal, begins somehow imprisoning those who lose within the game. Players control a sunglasses-wearing kid, who has been called upon to venture into the game and defeat him.

The game is a platformer that includes the concept of masks - powerups which enable all sorts of powers. One of these forms is a knight who can climb and break blocks beneath him by jumping, another is a hoverboarder who can change the direction of gravity. The levels are organized in such a way that these are required to pass through the game, often incorporating two separate paths based on which mask the player is wearing. The game includes four bosses - each manifestations of Heady Metal. 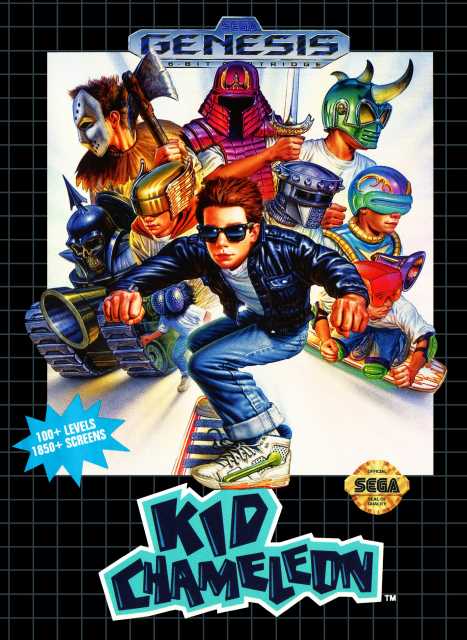