Ridge Racer 7 is a Playstation 3 exclusive and a launch title. It is similar to Ridge Racer 6, but adds many new courses, as well as a new UI, progression structure, and soundtrack.
PlayStation 3 PlayStation Network (PS3)

As usual, the gameplay in Ridge Racer 7 features wild, arcade-style racing with a heavy drift style that, at times, feels like the player has very little to do with the way the car deftly pitches around curves. RR7 also adds the ability to slipstream behind other racers, and it also contains some vehicle customization.

Online play is also included with support up to 14 players, and Ridge Racer 7 also sports downloadable content. These range from free downloadable decals to purchasable music that can be played in-game.

You have the option of playing a mini-game; Xevious, when loading the game. 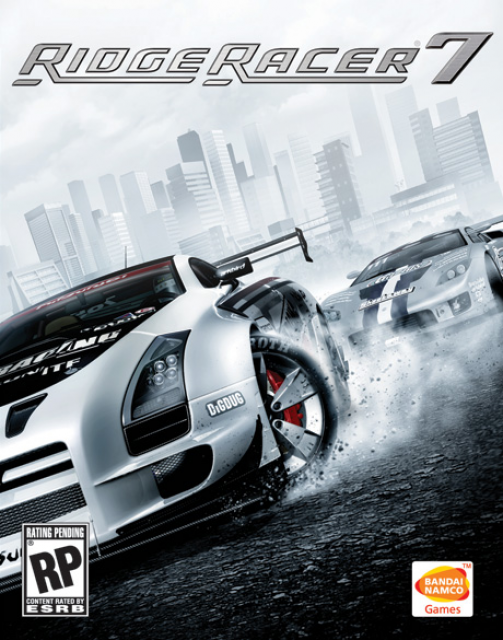