After the demise of Joshua Fireseed, one of his siblings must take the mantle of "Turok" and confront the ancient evil known as Oblivion in the third and final installment of the original Turok trilogy.

The direct sequel to Turok 2: Seeds of Evil (and the conclusion of the original Turok trilogy), Shadow of Oblivion follows two siblings of Seeds of Evil protagonist Joshua Fireseed: Danielle and Joseph. After Joshua's demise at the forces of an ancient evil known as Oblivion, the two Fireseed siblings (with one of them as the next "Turok") must find and destroy Oblivion.

As the game has dual protagonists, players choose at the beginning of the game which of them will be the player character (with the other character restricted to cutscenes). Both characters have unique abilities and weapon upgrades, with Danielle being combat-oriented (including a grappling hook and high-powered weapons) and Joseph being stealth-oriented (including night vision goggles and technical weapons).

The handheld Game Boy Color version of the game, developed by Bit Managers, was released in North America (on July 27, 2000) and Europe (on September 8, 2000). Other than the same name and box art, it is not a direct adaptation of the main game and is instead a direct sequel to the Game Boy Color version of Turok: Rage Wars. Players reprise the role of Joshua as he again thwarts the plants of the Dinosoid legion "Amaranthine Accordance" (who is stealing human weaponry for use against the peaceful Dinosoid group known as the "Solidarity Order").

The game has 23 weapons total (25 if including the deathmatch-exclusive Spear and Claws), with players receiving specific weapons based on their chosen character. In the Campaign Mode, players can upgrade most of their weapons to their character's special counterpart.

Unlike Turok 2: Seeds of Evil, all weapons work underwater and no weapons have alternate firing modes (although some have scope) or secondary ammo.

All players (except the Raptor) spawn with the Spear, along with any weapon set that is set in the options to be given on spawn. By finding weapon pickups scattered throughout each map (and dropped by enemies), players can acquire new sets of weaponry for use. By collecting the same type of pickups, players can pick up ammo for their weapons.

Five of the weapon sets include two weapons: the basic version of the weapon and one of the single-player upgrades (which is determined by the character used). Both of these versions share the same ammo pool.

Players who use the Raptor start out with their own unique weapon: their Claws. They cannot pick up or use any other weapon set.

Players choose from 16 characters, the only difference being their own set of alternate weapons that they can equip in specific weapon slots. Multiple players can choose the same character. Alternatively, players can pick the Raptor (who has increased maneuverability, but is restricted to their unique melee weapon: their Claws).

All of these modes are played in team format. In order to play free-for-all, each player would have to choose a team with only them in it. 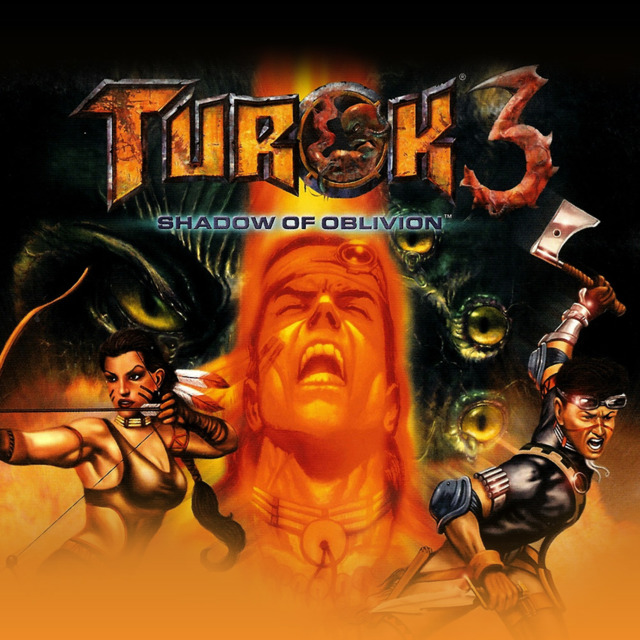